The ,,Shiite” Usulis [fundamentalists] rely on the following 2 books to determine the trustworthiness of the narrators:

Sheikh at-Tusi says: “I have not found any book that is with my companions that was complete in this sense [about mentioning the names of the narrators] except for the summaries [short books] that each of them [the companions] made and what Ibn `Uqda mentioned regarding the narrators [Rijal] of al-Sadiq (a).” I mention what he mentioned and then after that I will mention what he did not mention.” [Rijal-at-Tusi, page 17.]

The classifications of Sheikh at-Tusi are based on Ibn `Uqda and the summaries [short books], as mentioned above. The first question we need to ask is: “Who is Ibn `Uqda?” And following that: “On what books did Ibn `Uqda rely to determine whether a narrator is trustworthy or not?”

What books did Ibn `Uqda rely on to determine whether a narrator is trustworthy or not?

There is no path [Tareeq] or intermediary [Wasita], that can be identified, so that we know, which books he relied, on to determine the trustworthiness of the companions of Imam as-Sadiq (a).

Thus, the investigations and statements of Ibn `Uqda are based only on conjecture [Hads], because he did not live at the time of Imam as-Sadiq (a). Therefore, these statements are unacceptable.

Subhani writes: ,,The report of a just person [`Adl] and his testimony becomes a proof [Hujja], if it is direct [Hiss] and not through conjecture [Hads].” [Kulyat fi `Ilm-ur-Rijal of Subhani, page 49] 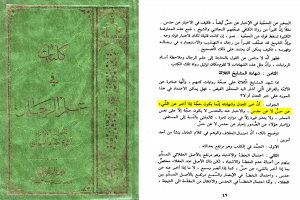 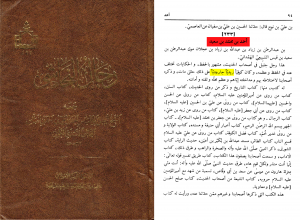 An-Najashi continues: ,,He has books like: … Book of the narrators [Rijal], which is a book in which he narrates from Ja`far ibn Muhammad (a).” After enumerating all the books, an-Najashi said: ,,These books, that our companions mentioned, we narrated from him [Ibn `Uqda].” [Rijal-an-Najashi, page 94] 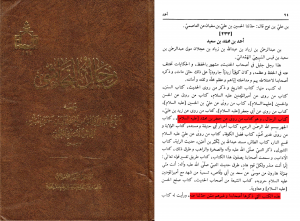 Since there is no path from Ibn `Uqda to the books he used for classification, this makes the two books ,,Rijal-at-Tusi” and ,,Rijal-an-Najashi” untrustworthy and it must be doubted.

1. Both books are untrustworthy because the classifications are mainly from Ibn `Uqda who had no connection with Imam as-Sadiq (a)

2. Ibn `Uqda was a Zaidite and not a Twelver Shiite, thus he was able to weaken transmitters who reported something that did not correspond to his doctrine of faith

There are also things written in rijal that do not make sense, Najashi is supposedly to have written about a person who died 13 years after him.

Al-Najāshī wrote on the biography of Muḥammad ibn al-Ḥasan ibn Ḥamza: “And he, may Allah have mercy on him, died on Sunday the 16th in the month of Ramaḍhan, in the year 463 after the Hijra, and he was buried in his house.” [Rijal al-Najashi, 404, person 1070.] 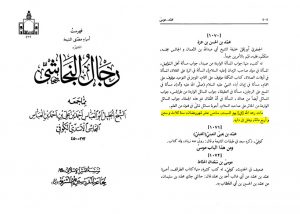 The book was a response to a request to write a book by listing only the transmitters.

Sheikh at-Tusi said that he had collected a book listing the transmitters of the sayings of the Prophet (s) and the Imams (a) in Rijal at-Tusi, page 17.

Also, there are contradictions in the 2 books. In the following, you will see some narrators who have been classified by Sheikh at-Tusi and Najashi, but they contradict each other.

If these 2 books contradict each other, on which they [the Usulis] are relying, then how can one rely on them and use them as the basis for the traditions?

How can one rely on these works which contain [1.] Contradictions; [2.] A Rijali author who reports something after his death and [3.] An author, who has no intention of writing a book, for classifying all the transmitters.